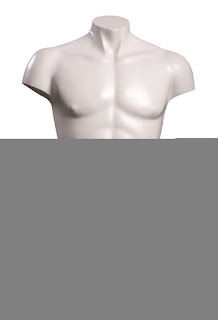 Now, you may have caught wind of the recent giggly-giggly story, as portrayed by the MSM, about the average penis sizes of men thruout the world and specifically America. http://secure.condomania.com/Rankings/  Probably more than a few  nodded when they heard the city with the largest penises was New Orleans - only to shake their heads immediately afterwards about the state with the largest penises was New Hampshire.

How many of the racial minority, what percentage - that the media were sure contributed to the size win in New Orleans - does New Hamshire have? Yes, we are talking about black penises - the subject the media never directly addressed when they giggled over the story.

Well, are your perceptions about New Hamshire wrong? -- Seems the answer is NO - New Hamshire is ranked 43rd in the 2000 census for the % of black residents http://www.censusscope.org/us/rank_race_blackafricanamerican.html .

Indeed, when one looks at the list of the states with the greatest percentage of black males - and compare that with the ranking of states by penis sizes - one sees little or no influence. Indeed, a reverse indexing might be the real analysis. (see chart)

So, there's the chart the MSM would have loved to print but is so pussy-whipped and Politically Correct - that they would never do it.

But, what does it show - impartially? (That is making the assumption of ignoring income differences between states, age, religion, or demographic differences in the black population between states, etc.) Well, it could be said that 6 of the 10 states with the greatest percentages of black residents - had average penis sizes within the top 50% of states (4 in the bottom 25 states for penis size average).

But, it could also be said, that little to no pattern exists of a direct correlation too. IMO. Indeed, averaging states 1-9 in ranked penis size, NO advantage is found at all. Hmm. I wonder if information like that is simply too hot for MSM.

Because, what it suggests - is - other than for California (12th) or states with a minority white population -- the list is actually a list of the states whose White Males - have the largest penises - as the main data point having an influence.

OR - IS IT? -- Perhaps we should look at the chart of non-hispanic whites of the 2000 census - the top ten White States. http://www.censusscope.org/us/rank_race_nonhispaniclatino_white.html

Or, did they?
The Big Penis Book