IS THE PEOPLES CURRENCY REVOLUTION AT HAND? (IT COULD BE) WILL EARLY ADOPTERS REAP UNTOLD RICHES? (MANY ALREADY HAVE) OR WILL FRAUD - AND THE POWERS THAT BE - (YEP, CERTAINLY THE ENEMIES) CRASH CRYPTOCURRENCIES TO ZERO? (IT COULD JUST HAPPEN)

Ray-Ban's That VIDEO, PHOTO AND AUDIO For Under 300 Bucks

No, CNN does not have a DEATH RATE for COVID19 on their screen 24/7 - but anyone with any math skills - knew that when CNN showed the USA had 1,000,000 confirmed cases and 58,000 deaths - that even 6th graders with even a smidgen of logic - KNEW it translated into a death rate of 5.8% - an incredibly frightening number for those that take CNN's coverage as gospel. Indeed, it would be easy to think, if one were older (since it affects the aged more) that one easily had a one in 10 chance of dying if one catches the virus. In fact, today (5/15) the numbers on screen suggest a 6% death rate at 1.432.045 cases and 86,851 deaths.

How do we know that the CNN death rate extrapolated number is BS and total BARFSTEW? - because it's working with a very narrow set of data (The John Hopkins Number) - while virtually ignoring the science that suggests the actual death rate is much more minimal. Indeed, this large sample NY State Antigen Test suggests that about one in 5 NYC residents has already had COVID19 - and when compared to the NYC death rate - the death rate may be as low as 0.5% (1 in 200) - at the epicenter, the most urban city in the nation. *NOTE - this is over 10 times LESS than on the screen 24/7 on CNN.

But, the NY Antigen test is hardly the only proof that the death rate number is much much lower than portrayed on CNN 24/7. This California study showed that between 2.4% to 4.2% Of County Residents Already Had The Virus which was 50 to 85 TIMES the actual reported cases for the county in its official figures. And this GENETIC STUDY - a CNN Link - suggests that up to 10% of the world has already been exposed to COVID19  - over 700 MILLION exposed in the world...if true for America - that would mean 33 MILLION already exposed (btw, 86,000 divided by 33 million is 0.00260%). BTW, that figure compares to a death rate from the yearly flu of 0.1% to 0.2%.

Now, perhaps the number is somewhere else but one can easily see how much lower the death rate can be calculated to be when infection rates higher than what CNN is broadcasting 24/7 are used. Indeed, at today's CNN's numbers of 1.4 million infections here in the US - 1.4 million divided by the US population of 330 million leads to an infection rate in the USA of a similar nature - well below what is portrayed on TV.

What could possibly be the  purpose of purposely deceiving the public as to the severity of the virus? Certainly CNN knows that an over representation of the death rate can only generate fear in the public. Fear that has some people fearful of stepping outside or going to the store - even for groceries or medicine. Indeed, one has to wonder if that same fear, by Democrats who watch CNN, may have led to this finding about eating in restaurants as they reopen the country - I've even seen more recent data that suggests the gap is even wider than 2.5 to 1. (Could such fear ultimately put an even bigger drag on Blue States economies?)

It's time the CNN death rate has been called out as Barfstew - and we just did it.

Be Daring If You've Never Been Here Before

Tweets by @Barfstew
THIS BLOG TRANSITIONED FROM THE `2013 BANNED' OUTRAGEOUS AND SEXY `BARFSTEW' - TO A BITCOIN RELATED BLOG IN OCT/NOV 2014. THE ARCHIVE IS WHY MOST PEOPLE ARRIVE - AND BITCOIN IS WHY THEY STAY. UPDATE - ONCE AGAIN....OCT 2017, A NEW TRANSITION. ... 2021 BARFSTEW LIVES AGAIN.

HEAVIEST BOOKS OF ALL TIME? 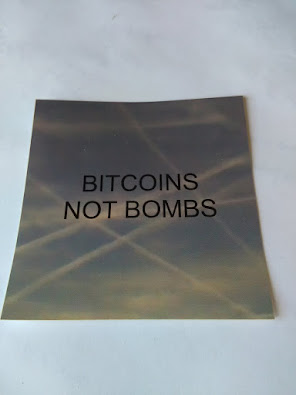 BE A FORCE FOR CHANGE

WORLD KNOWN? - YES - BARFSTEW, ONE OF THE WORLDS MOST POPULAR WEBPAGES

DEEP IN THE BARFSTEW ARCHIVE

Some Other Blogging Efforts