Perhaps the funniest part of the so-called rise of Rick Santorum, is that `because of his non-status' he didn't receive the MSM blasting that all the other so-called `leaders' in the horserace for the Republican nomination did. Literally, all of them were heralded as `on top' at some point, except for RS, and received the expected MSM drubbing of BS. And, because he didn't, he is at the top of candidates or near it,  of the near hilarious Iowa caucuses - with two days to go. Barely enough time for the MSM to even mention WHAT SANTORUM `stands for' in the internet world. And, in that world - the word `santorum' stands for `lube and fecal matter from anal sex' --------- (yes, BS covered this once before I think) - and if you need more proof, BS provides these two links - Spreadingsantorum.com and Wikipedia's Take - and YES, it has to do with RS's comments about Gays. You might want to know more about this guy.
===================================
Google Santorum.
===================================
TBS loves to time travel via Shorpy. Today we go to New Years Eve 1940: 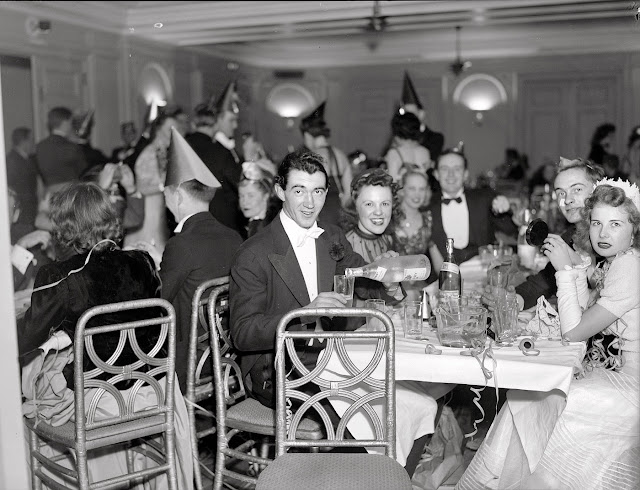