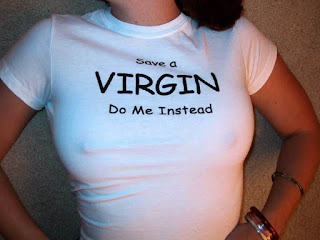 Picture return for search for `male virgin' - http://www.southwest.com.au/~apples/lol/other/virgin.jpg
Want to read probable Barf about a `test', a `mark', that proves if a man is a virgin? Proves it to the point of being released for rape? Then, look no further - http://www.huffingtonpost.com/2010/07/02/male-virginity-test-helps_n_633481.html

Here's an example of the great material on my sidebar blogroll you need to check out called `Strange State' - this link with `two'  VERY STEWWORTHY pictures of the range of wildlife you can find in Oklahoma - http://strangestate.blogspot.com/2010/06/they-sure-do-grow-em-big.html (no animals were harmed in the posting of this link). (Caution PETA members - dead animals.)

Or, this from the same site - http://strangestate.blogspot.com/2010/06/blobsquatch-does-play-for-pay.html - Remember that I told you last week in my Bigfoot post that there were thermal images of Bigfoot - look no further. Stew Or Barf - You decide. 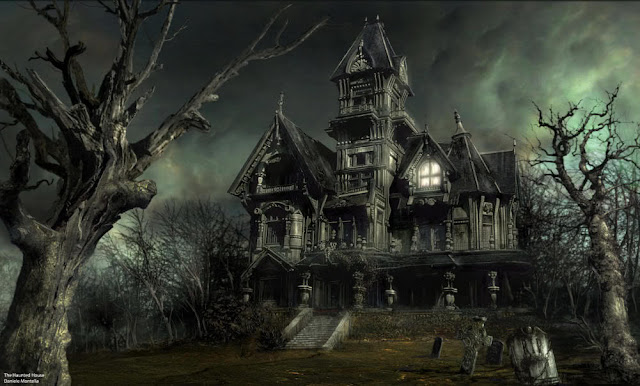 picture link - http://i88.photobucket.com/albums/k164/kdmoo80/haunted_house_big.jpg
Now, fellow BS readers - (Barf Stew) - you know and I know that the internet is filled with -- well --- BS. But, I brought you the above picture to suggest just how dire the next link is -- it could indeed be the FEMA nightmare that has been projected by the fearful for about a decade.
But, all of us are required to know that IF things are going to BLOW in the Gulf - that `they' indeed - might NOT tell us for many reasons. From this link:
Earlier this week Reuters reported on a massive amount of methane discovered in the Gulf of Mexico. Texas A&M University oceanography professor John Kessler said methane gas levels in some areas are “astonishingly high.” Kessler recently returned from a 10-day research expedition near the BP oil gusher. Kessler’s team measured both surface and deep water within a 5-mile (8 kilometer) radius of BP’s destroyed wellhead. “There is an incredible amount of methane in there,” Kessler told reporters. He said the level may be as much as one million times the normal level........and the US Army Corps of Engineers are dealing with a prospective “dead zone” created by the escaping methane within a 200 mile radius from the Deepwater Horizon disaster......“Plans are being put in place for the mandatory evacuation of New Orleans, Baton Rouge, Mandeville, Hammond, Houma, Belle Chase, Chalmette, Slidell, Biloxi, Gulfport, Pensacola, Hattiesburg, Mobile, Bay Minette, Fort Walton Beach, Panama City, Crestview, and Pascagoula,” Madsen writes......
And, I assure you - the link gets even scarier - http://my.auburnjournal.com/detail/153055.html
Wonder if those in the know about the above might be getting a little testy?